A week or so ago Robert De Niro was still supporting the showing of Vaxxed at the Tribeca Film Festival. Then last weekend he pulled the plug.

De Niro and his wife Grace have a son with autism. So do I. By unhappy coincidence, our son John’s cogitive capacities collapsed after a round of vaccinations when he was two.

“Vaccines are safe and effective.” That’s the mantra we continuously hear from Big Pharma as well as the same skeptics who over the years have been implacable foes of ID.

I’m not sure the precise role that vaccines played in my son John’s problems. He has a twin who received the same vaccines, but was unaffected. So if vaccines played a causal role in John’s autism, there must have been other predisposing factors.

My own sense is that vaccines pulled the trigger in our son John’s case. At the very least, I would thus have liked to see Tribeca allow Vaxxed to be shown and its content to be freely discussed.

But the pro-vaccine forces see it as a moral mission to suppress discussion of this topic. Andrew Wakefield, the director of Vaxxed, we are repeatedly told has been thoroughly discredited (discredited by interests incentivized to see him discredited).

I feel for Robert De Niro. He wanted to see Vaxxed get a hearing. But the pressure he faced for withdrawing the film must have been enormous. I saw a similar move a decade ago when the ID film The Privileged Planet was to be shown at the Smithsonian. The uproar against it was enormous.

I have not seen Vaxxed, but I look forward to seeing it. Click here for the film’s website.

Del Bigtree, the film’s producer, had an interesting interview, which was made before the film was nixed by Tribeca:

On October 26th, 2015, I received an email from a colleague of my former dissertation supervisor, Leo Kadanoff, informing me that Leo had died that morning. It’s now several weeks since his passing, but I still would like to pay my respects to him here at this blog.

I came to know Leo as a math graduate student in 1987. It was an uncertain time in my mathematical education. I had finished my qualifying work and spent a semester doing research in probability at Cornell in the fall of 1986. Back at the University of Chicago at the start of 1987, I was looking for a dissertation problem with which to get my PhD and move on.

Patrick Billingsley, who was the main probabilist in the UofC math department at the time, was no longer at the top of his game, having, as he put it to me, “run out of steam,” and then turned to acting as what appeared to be his primary interest (he was quite accomplished locally in the Chicago theater, and one can see him with small roles in various Hollywood films from the 1980s, notably THE BODYGUARD and SOMEWHERE IN TIME).

Given my interest in probability theory, I was therefore looking for someone at the University of Chicago to supplement my work with Patrick Billingsley, someone who was at the top of his game and used probability as an essential component in a cutting-edge research program. That, as it turned out, proved to be Leo Kadanoff. When I defended my dissertation in the spring of 1988, Patrick Billingsley and Leo Kadanoff were joint dissertation supervisors. END_OF_DOCUMENT_TOKEN_TO_BE_REPLACED

Introduction
How loyal a disciple of Charles Darwin’s are you, really? Take this test and find out. Higher scores indicate increasing loyalty to Darwin and his ideas. At the extreme, loyalty to Darwin becomes unreflective, dogmatic, and immune to countervailing evidence. In other words, it becomes a form of Darwinian fundamentalism. Hence the name of this test, the Darwinian Fundamentalism Index (DFI).

Significance
Clinical psychologists and psychiatrists are coming to regard fundamentalism, whether religious or secular, as harmful to society and as a form of mental disturbance. In fact, “fundamentalist personality disorder” is increasingly being mooted for inclusion in the upcoming edition of the Diagnostic and Statistical Manual of Mental Disorders (DSM VI). At the same time, Darwinian fundamentalism is enormously influential in American culture and goes unchallenged in American biology classrooms, where it has become textbook orthodoxy. END_OF_DOCUMENT_TOKEN_TO_BE_REPLACED 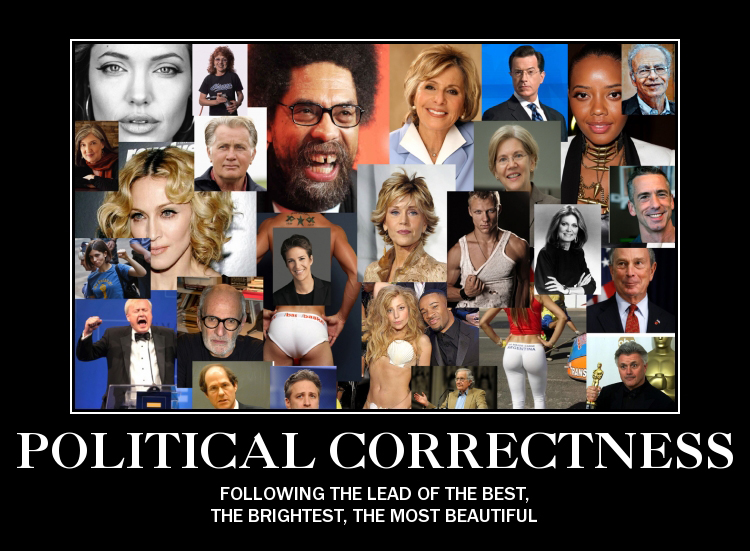 How politically correct (PC) are you? The Political Correctness Inventory (PCI) will help you to answer that question. On it, you will find pairs of statements representing the politically correct and politically incorrect position on a broad range of contemporary issues, all the way from sex and education to politics and science.

What does it mean to be PC? It means to adhere to the belief system shared by the most intelligent, influential, and attractive people in America today. By taking this test, you will find out how closely your own thinking matches that of the smartest opinion-makers in our nation’s universities and the most captivating taste-makers in Hollywood and the media. END_OF_DOCUMENT_TOKEN_TO_BE_REPLACED

Introduction
Fundamentalism denotes a belief system that draws sharp boundaries between who’s right, who’s wrong, who’s in, and who’s out. The term “fundamentalism” arose in the early 20th century in an attempt to identify the core doctrines of the Christian faith (“the Fundamentals”). It has since come to designate a narrow conception of religious faith that has difficulty distinguishing essentials from non-essentials and leaves little room for ambiguity, doubt, paradox, or mystery.

Significance
The psychology and neuroscience community is coming to regard religious fundamentalism as harmful to society and as a form of mental disturbance (cf. Kathleen Taylor’s widely reported criticism of fundamentalism). At the same time, fundamentalism is enormously influential in American culture and poses a challenge to American educators (cf. the Gallup poll showing that roughly half of all Americans think God created humans as is in the last 10,000 years). END_OF_DOCUMENT_TOKEN_TO_BE_REPLACED