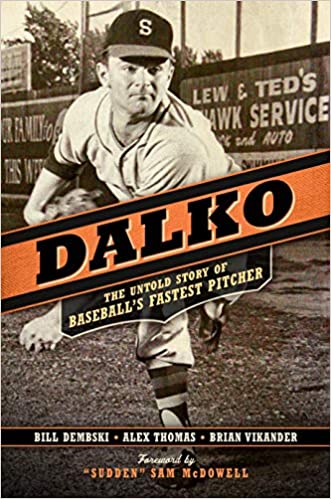 A Letter from Pat Gillick

As a baseball executive, Hall of Famer Pat Gillick guided the Blue Jays to World Series championships in 1992 and 1993, and later with the Phillies in 2008. Long before that he was Steve Dalkowski’s teammate and roommate during Dalko’s transformational 1962 season under Earl Weaver. They were also Rochester Red Wing teammates in 1963 after the injury to Steve’s arm.

Pat Gillick’s letter to the authors while researching the book is a perfect example of the many players who took the time to speak to the Dalko story. The reason articulated again and again that people wanted to help was because Steve was a friend, a remarkable hurler, and because they believe that his story should be shared with the baseball world.

In this letter, to the authors, Pat speaks to:

2) some of components that may have contributed to Dalko’s legendary velocity;

4) Earl Weaver’s approach to simplifying pitching for Steve in 1962;

1) Outstanding mechanics. Was out of the strike zone “up” most of the time. Hit very few players during 1962-1963. His fastball had so much spin and rise that he could “aim” @ 59 feet & the ball when it reached the plate would be high and out of the strike zone. Flexibility in his shoulder, elbow, & wrist were unbelievable. He threw with “no effort.”

2) I signed in 8/1958. Heard about the Cincinnati game. Hitters were all scared because of his control.

3) Earl Weaver made it simple for Steve in 1962. Throw the ball down the middle and use a few more breaking balls. At times Steve would “rush” through his delivery & arm would get ahead of his body. Using more breaking balls slowed his delivery & he carried this over to his fastball. Also, only thinking about 2 pitches certainly helped. [Over] Ball jumped out of his hand & continued to gain altitude.

After Spring Training injury he pitched I believe less than 30 innings.

Treatment – 50 years ago “Rest” was the procedure. Put whatever ails you under hot water. Very few medical operations. Had opportunity to see Ryan, Koufax & Score. Better strike-throwers, but Steve’s velocity was right with these three.

Notes from Lloyd “The King of New Orleans” Fourroux

In this correspondence with the authors “The King” speaks to:

2) through it all, Steve was a great guy;

3) to his detriment, Steve followed Bo Belinsky; and

Here are photos of the notes from “The King,” including a “Student Bus Card” he sent. “The King” just being “The King.”

The extraordinary life story of the greatest baseball pitcher who never was: New Britain’s own high school sports hero was blessed with athletic talent and a left arm labeled a “gift of the gods” by baseball experts in the 1950s. Frustrations and obstacles including a life-long struggle with alcoholism didn’t prevent him from becoming a “living legend” celebrated by boundless mythical stories. Yet he never pitched a single day in the major leagues.

Some of Dalko’s teammates showed their support for our book by sending photos:

Frank Kostro had a solid 7-year MLB career. He faced Dalko once in 1958, saying, “There were hard throwers and then there was Dalkowski.” As teammates they became good friends during 1962 Winter ball in Puerto Rico.

HOFer, Pat Gillick, was Steve’s teammate and roommate during Dalko’s transformational 1962 season under Earl Weaver. They were also Rochester Red Wing teammates in 1963 after the injury to Steve’s arm. As a baseball executive, Pat guided the Blue Jays to World Series championships in 1992 and 1993, and later with the Phillies in 2008.

Frank Peters had a solid 10-year milb career and was Dalko’s teammate in 1964, both Elmira and Stockton.  Frank is well-known for his association with the Portland Mavericks and the splendid 2014 Sundance documentary, The Battered Bastards of Baseball, “The team that put balls back in the game.”